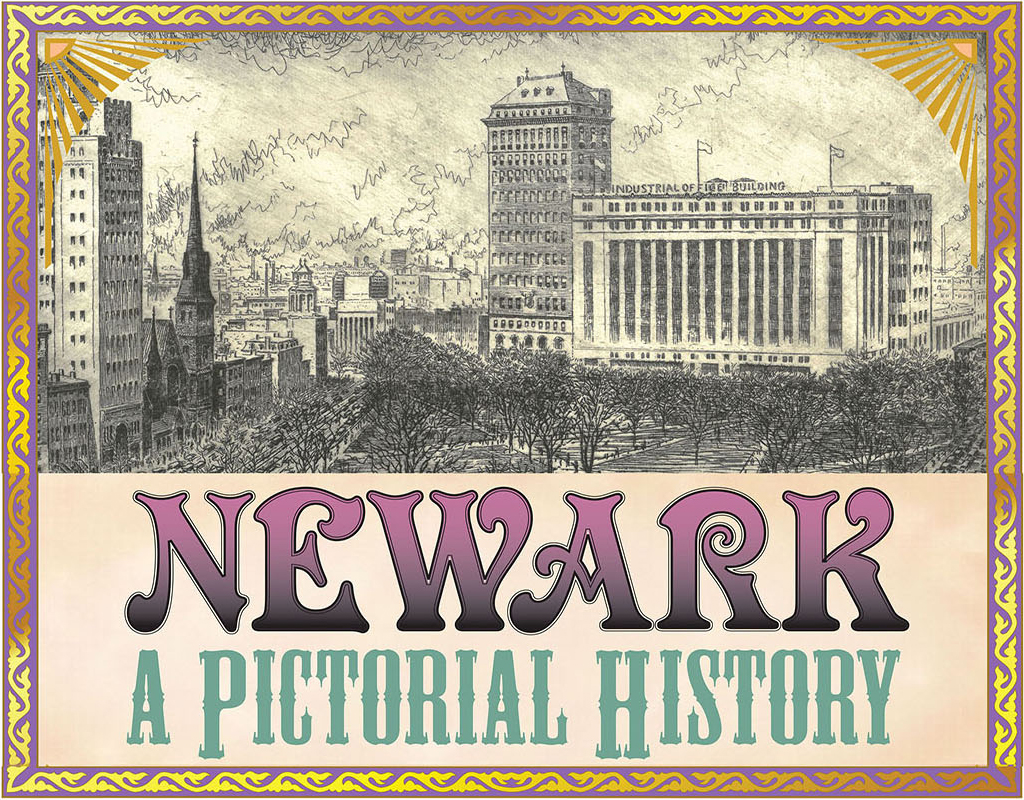 This exhibit was on display at the Newark Public Library from May 7 to August 31, 2018. Second Floor Floor Gallery, Main Library, 5 Washington Street, Newark, 07102. The preview of the exhibit is visible online here.

I contributed ~34 images of contemporary Newark to this exhibit, as well as assisting the library in its collection of metadata and the scanning of its extensive map collection of old Newark in summer 2016 through summer 2017. 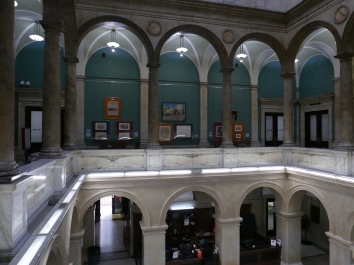 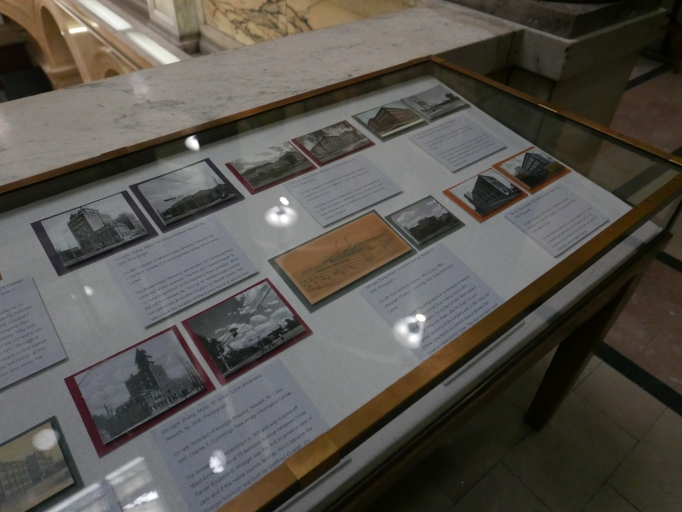 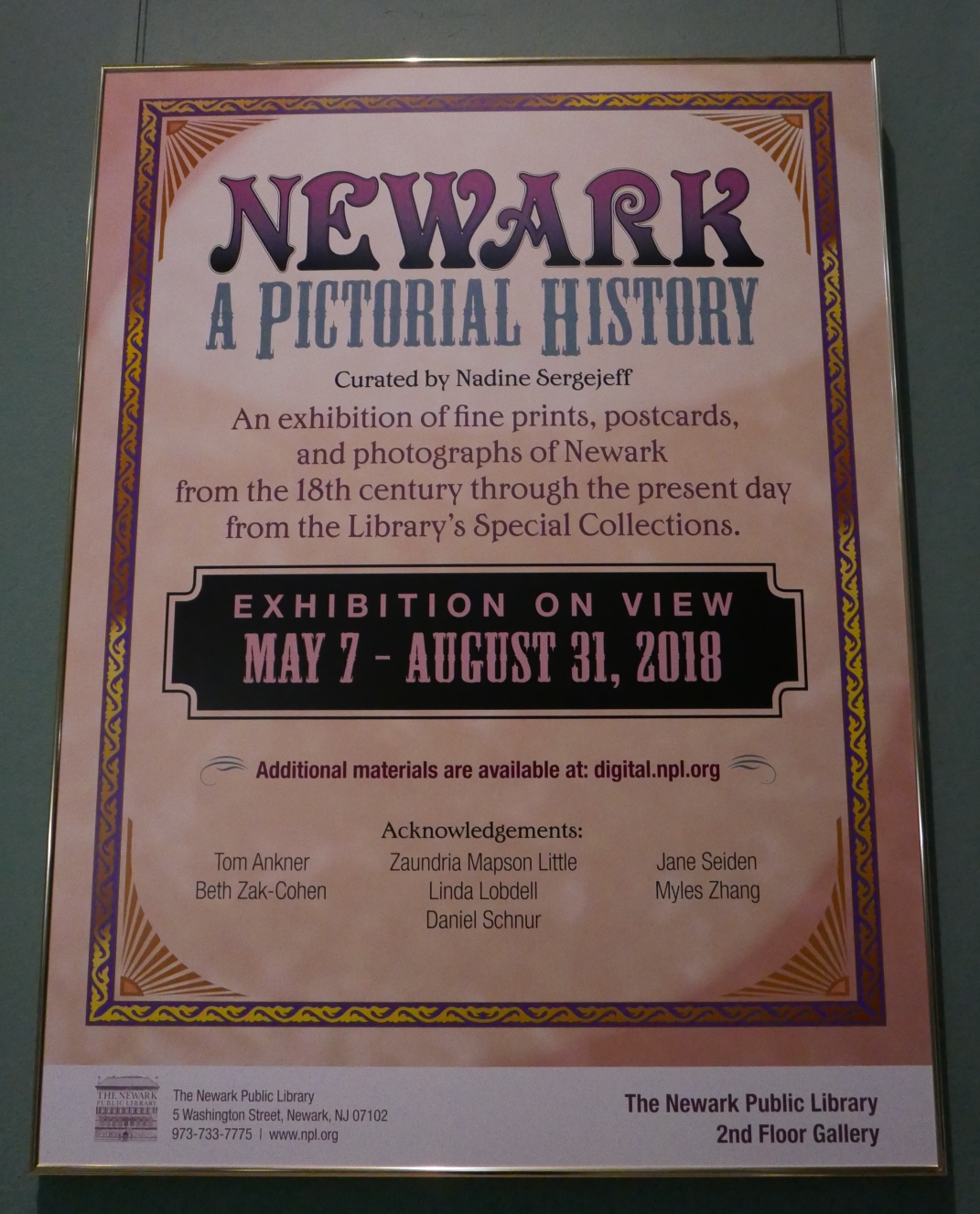 As Newark celebrated the 350th anniversary of its founding in 1666, I created this series of drawings based on historical images and maps of Newark’s downtown. The above video briefly summarizes 350 years of Newark’s history in two minutes.

The sound track accompanying this video was assembled via free audio clips from Freesound. As Newark develops from a small town to a bustling industrial metropolis, the sound track shifts from recordings of quiet woodlands to the din of the vibrant city. And as time passes, the skyscrapers we now see in Newark’s downtown gradually rise.

History is learned textually through reading books, newspapers, and original documents. But, history is experienced visually and acoustically in a way that engages all the senses. History is dynamic, vibrant and three-dimensional, but it is recorded via two dimensional means. This brief history of Newark aims to visually and acoustically represent history as a living and fluid process of transition and change. My aim is not to comprehensively represent Newark’s history but to offer insight into the scope of feel of this storied city’s history.

As Newark looks forward to the future, it stands on 350 years of history that shape the social, economic, and political forces that drive this city forward.

I am witness to the frighteningly beautiful decay of my city’s cultural heritage.  An abandoned barge slowly sinks in murky waters.  A former factory tumbles before the wrecking ball.  A sea of weeds lays siege to a vacant home.  An empty lot is a gaping hole, a missing tooth, in the urban body.  As a wall crumbles to the ground, a tree, firmly anchored to the wall, reaches to the sky.

But, behind this slow decay, there is a hidden beauty in the ephemeral.  It is the realization that what was built to last forever, will not last.  It is the expectation that the destruction of the past could contain the seeds of a better city.  And, it is the hope that someday the past will become cherished in its entirety because a culture without history is like a body without life.

Yet, to replace this storied past, the flashy future promised by developers and politicians is hardly a substitute.  The so-called “Gateway Center” skirts the city with its corporate skywalks and backdoor facing the city.  The blinding glass monoliths that rise in the graveyard of history are alien and indifferent to their city.  The proposed casino, in a city where 32% of children are in poverty, speaks to blatant inequality and the excesses of capitalism.  The shoddily built strip mall, gated community, and superhighway hardly convey a culture of urbanism and civic consciousness.  Developers and politicians promise progress, but bring troubled change instead.  The promised rebirth of tomorrow does not justify the ongoing destruction of today.

The ephemeral nature of my environment compels me to examine and re-examine my sense of place before it vanishes in the protean vortex of memory.  Years from now, my city will continue redefining its identity.  Years from now, I will assess my memories with fresh experience and nuanced perspective.  And, although today’s present may become tomorrow’s past, the present will survive through our collective consciousness. 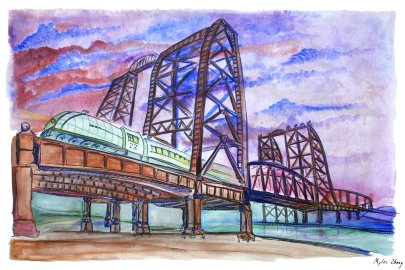 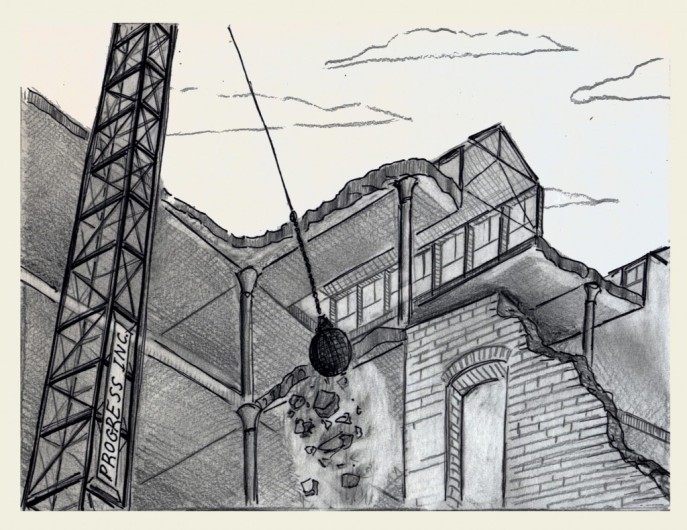 Sunset on the Passaic

As a proud, lifelong Newarker, I’ve spent much of the past few years painting and photographing my changing city. Pictures features a selection of my work complemented by Mussorgsky’s seminal composition: Pictures at an Exhibition. Five of Mussorgsky’s movements out of an original fifteen are selected, each of which represents the feel of a specific Newark neighborhood. The following five locations are featured:

Growing up in Newark, I’ve been inspired and saddened by my inner city environment. I am inspired by Newark’s hope of renewal after decades of white flight, under-investment, and urban neglect. But I am saddened by the loss of my city’s historic architecture and urban fabric to the wrecking ball of ostensible progress. “Renaissance City” depicts the Newark of my childhood with garish signage and decayed structures blanketing my city’s architecture in a medley of color and consumerism. Many thanks to Newark activist Zemin Zhang and librarian George Hawley for help locating historic material. Historic postcards are courtesy of the Newark Public Library and intended for personal use, please reuse with Library permission. I am also deeply indebted to my high school history teacher, Jeffery Gould, who enriched my love of all things old and indirectly inspired this research project.